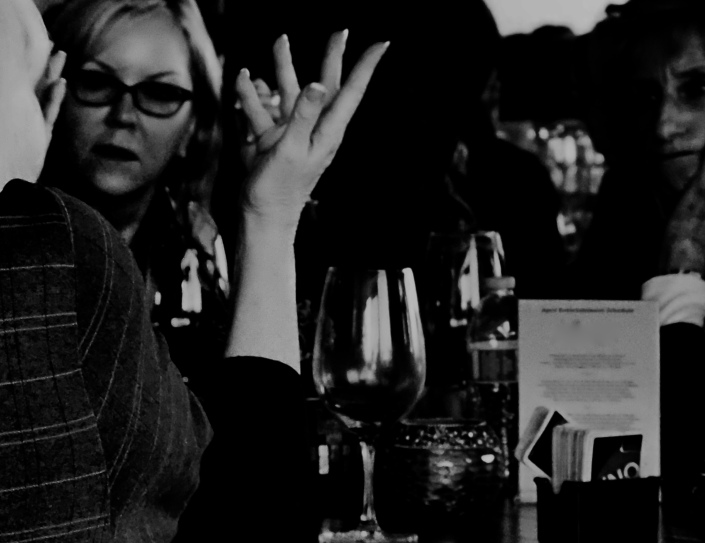 There may be times when we are powerless to prevent injustice, but there must never be a time when we fail to protest.”  –Elie Wiesel

Continuing the Muse Pallet’s efforts to help each of us grow in mindfulness of everyday bigotry, I have withdrawn more suggestions from the booklet “Responding to Everyday Bigotry.”

One would think that sending and forwarding truly tasteless jokes via email would have grown passé by now. But it continues, judging by the occasional “joke” that lands in my email box. These non-jokes that harbor everyday bigotry can include jokes about members of the LGBTQ community, Muslims, Catholics, Jews, the disabled, Republicans, Democrats, all races, blondes, redheads and overweight and underweight persons.

Here are three suggestions from the above mentioned booklet:

How I recall those lunch room moments of everyday bigotry. Casual conversation that may be unintentional, but is insulting to others, nonetheless. A few samples, that I’m sure you have heard are noted in this booklet:

“In the teachers lounge, a fellow teacher made a joke to the other staff about the band students, referring to them as ‘band fags.’ “

“An Italian American woman’s coworker make daily comments about her heritage. ‘Are you in the mafia?’ ‘Are you related to the Godfather?’ “

You get the idea. So speak up.

A few years back, a man of Filipino heritage, a licensed pharmacist, purchased a local drug store. An elderly woman, clearly of Caucasian heritage, approached this pharmacist with a rant about how she was sick and tired of “all you Chinamen taking our jobs.” It was a wow moment. Fortunately, when one of our community leaders heard about this shameful behavior, she opened her home to the new pharmacist and his family, and invited all of her friends and colleagues to come meet and greet.

And this is one example of standing against everyday bigotry.

Another sample from this booklet reads:

A facet of our populace will call these suggestions “Political correctness off the rails.” It take commitment to bring awareness of these issues that hurt others, or you. It is not an issue of PC language, but a fact in the right way to treat others as we would want them to treat us.