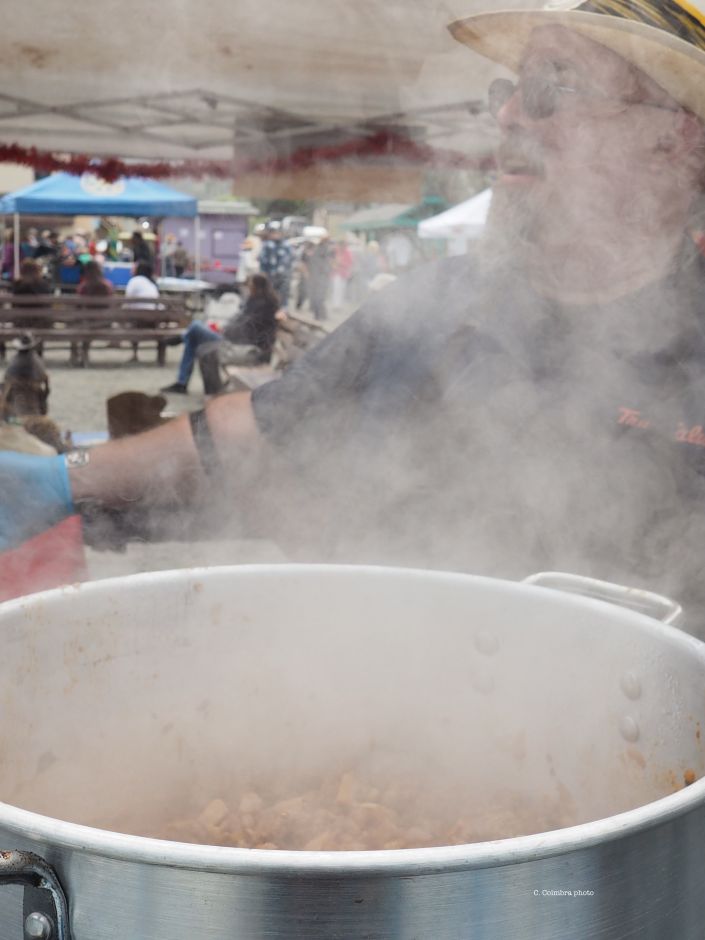 Before I left to rally a team of chili judges for my small beach town’s annual Chili Cook-Off and Car Show, the morning news pounded away with some hideous comments bloviated by one of those Americans who seem bent on tearing our country apart. This made me absolutely dread our upcoming presidential election season. Fortunately, I didn’t have time to steam about his dreadful diatribe because there were eight booths brewing up what’s really good in America—chili. 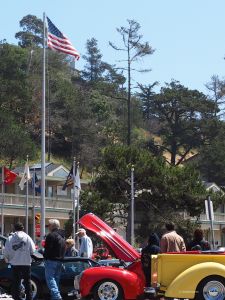 Onions, garlic, and chili pods wafted through the Veteran’s Hall lot as I worked my way through classic cars polished to the nines. Wee buildings in crayon colors lined the dirt lot next to the Veteran’s Hall.It’s a local Lion’s Club property called Pinedorado. There, eight chili-heads brewed up their best concoctions. Besides the beauteous aroma, the quest for trophy-winning chili trumped our nation’s political divide. There was joy, friendship, and the real America—volunteers, community and visitors waiting for the tasting and judging to begin.

Two years ago the maven of the chili judging asked my chef daughter and I to serve as judges. Heck yeah! I grew up on chili, and my daughter’s grew up on my many incarnations of chili for parties, pre-Halloween trick-or-treat, or just because chili sounded really good for dinner on any given night. When we moved to Santa Fe in 1988, it was the special red chili powder grown and packed at nearby farms that changed my pallet of what makes a good pot of red chili. Chimayo chili powder is sumptuous with its deep red color, smokey overtones, and a special kind of heat that teases the taste buds with immense pleasure. Chimayo chili is the foundation of my chili pots today. And, thanks to the same maven of chili judging, I now follow her lead that gives red powder an added kick by treating it as if it were a roux. 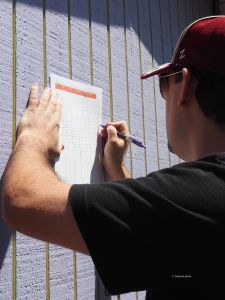 Five judges came ready to blind taste the slow-brewed chilis. The judges included the maven of chili judging (she also writes a weekly food column) who passed the maven baton to me this year, a radio station manager, a kitchen shop owner, our local newspaper’s managing editor, and a talk radio sports show host. Three of the judges were men. Restaurants, service clubs, businesses and private individuals brought their best to the judges’ table.I was the only one who knew what chilis came from which cooks.

Each chili sample was judged with a score of one to five in three categories: taste, texture and appearance. A perfect score was 15. A Mexican restaurant took the top prize. A business took second place, and an individual took third.

A cacophony of folks filled the Pinedorado grounds, slurped chili, tasted beer, gawked at classic cars and probably forgot our political differences. Everyone seemed to have a good time under the California sun, beneath the pines and near the sea.

So, if you are like me, dreading this upcoming election year, pull out your biggest kettle, brew up a big batch of chili and invite folks over. Better yet, have a neighborhood chili cook-off and behave like real Americans again.