Taking Democracy Away from Lady Liberty 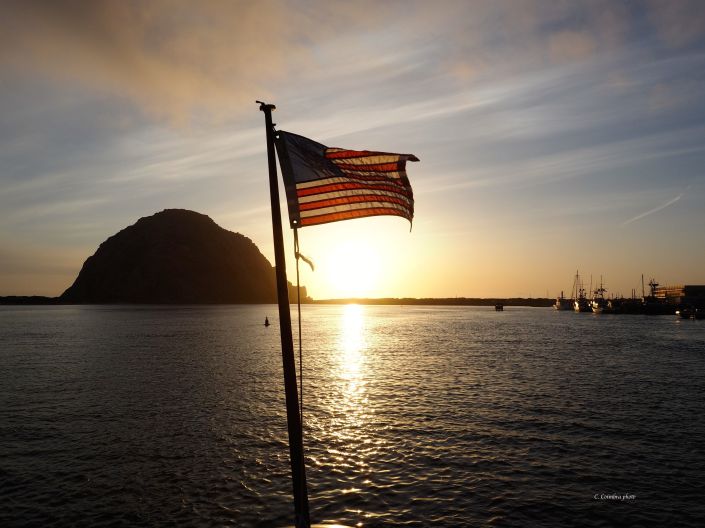 Visitors crawl the streets of the small seaside town where I live. They’re here to celebrate America’s big July birthday. Community volunteers work furiously in the local park to set up the day-long festivities to include live bands, pie eating contests, beer, burgers and live music. Homeowners have festooned their balconies with banners and flags. The cacophony of red, white and blue dazzles the eye and anyone with an ounce of patriotic DNA pulsing through their veins.

It’s a funny kind of celebration as we watch the spread of the nonhuman person slowly remove democracy from Lady Liberty’s hands. By the very governmental mandate of this nonhuman person, it is narcissistic and sociopathic. (Maybe this explains the rash popularity of zombie tales?) From where I sit, the day corporations achieved personhood, real America lost a few stars.

Think about it. In order to become a corporation, one must apply to a governmental agency for this special status, that in a simplistic sense, protects the real humans at the business head from personal lawsuits should their product or mission fail or injure, or whatever it is that another would find reason to institute a legal case against them. A publicly traded corporation must, by any means bring benefits to its shareholders.

I don’t have a full-on problem with that. After all, the root word of “corporation” is “corpse”—meaning “body.” So, a corporation is a fictitious person.

Something has gone awry, however. It appears the massive power and wealth of these fictitious persons have leaped from the board room into the halls of our Capitol. With a corporation unable to maintain a moral compass by it very legal definition, democracy, you and I mean little.

Your well being means zip. Your health and quality of life means nothing. And if you are concerned about what you put into your body, the air that you breathe, and the water that you drink, the corporate attitude is “So?”

Yes, there are corporations that do practice social responsibility, but they are not the influencers.

Curiosity struck when I read posts about a person who I will call a natural food celebrity, and a concentrated campaign to paint her as a fake, a health-food bully, a charlatan, and so on. When I read more about her, I didn’t see anything that struck me as woefully wrong with her success as one who promotes organics, food labeling, less trans-fat and sugar, and questions the run to GMO food products. The attacks on others with her point of view seemed systematic and used the same exact language against them—all in an effort to plant a corporate seed of doubt in the consumer’s mind.

Why? According to a report, “Spinning Food,” released this week from Friends of the Earth, “Millions of Americans — and more every day — are concerned about growing scientific evidence of the impacts of agrochemicals, factory farming and GMOs on the environment and on public health. These concerns have translated into skyrocketing sales of organic, sustainable, local and non-GMO consumer products:

The report notes that “…front groups associated with producers of conventional and genetically engineered food spent $126 million” between 2009 and 2013 to target these consumers to plant doubt and lampoon the “exaggerated benefits of organic food,” and sort “fact from fiction on all things food.”

The list of corporates in this campaign is stunning. Coca-Cola, Pfizer Animal Health, Kraft Foods, The Hershey Company, Monsanto, Dow Chemical and DuPont, are some of the leading corporates associated with this highly marketed attack.

Meanwhile, many of these same nonhuman humans, wrapped in patriotic colors, lobby our law makers so heavily to their cause, that comedians suggest lawmakers should wear sponsorship logos like NASCAR drivers. When laws make it a crime for photojournalists to photograph factory farms, and laws inhibit whistleblowers, and corporations can sue for business lost when protestors challenge or boycott a business for animal cruelty, democracy floats down a polluted waterway like the excess nitrogen from these massive factory farms.

And should you or I protest these actions with our social media associates, woe be to you. It’s the freemarket, stupid.

It’s a conundrum at best. And this food business is the tip of a melting iceberg.

I’m a dues-paying member of a patriotic organization. My ancestors were the first patriots. I don’t buy this current domination of America by corporates, like my ancestors didn’t buy King George III’s domination over the New World.

My 4th of July will be celebrated but not with one bit of corporate-produced food (to the best of my knowledge). I’ll celebrate democracy with sustainability, organics, GMO-free, and locally grown and produced food and drink—in a local park thick with visitors and locals (including our local immigrant population). That’s real America.