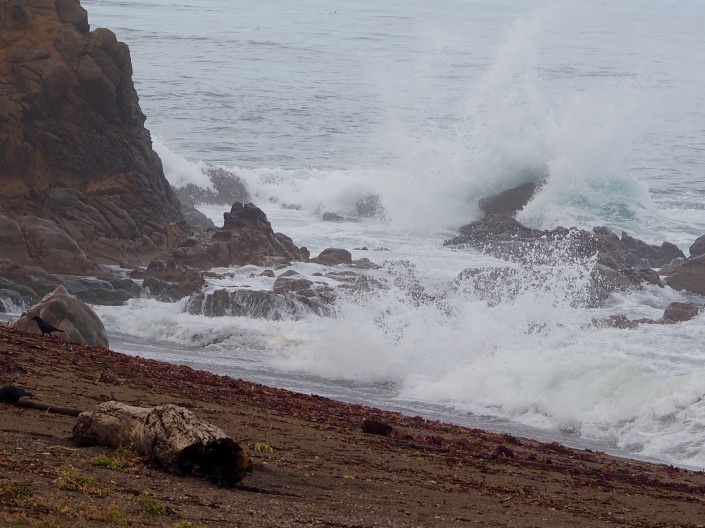 The third in a series of thoughts from a bench in nature.

The surf’s baritone song lullabied me asleep most of the night. I sleep best when ocean waves meet the sand and the rocks.

Now on a log, damp from last night’s tide, I sit. Six to eight-foot waves show-off the water’s relentless power. The agitation pushes foam just out of reach from my toes resting on the wet sand. An unexpected rogue wave is likely, so I keep my photo gear ready should I have to make a fast departure from my station.

A low pressure system creeps along the coastline and rouses the sea from its lazy summer lull. It also swells my joints. So I hobble over to the plastic debris washed to the shoreline by this ocean so choked in plastic, heat and acid—a trilogy of human impact. 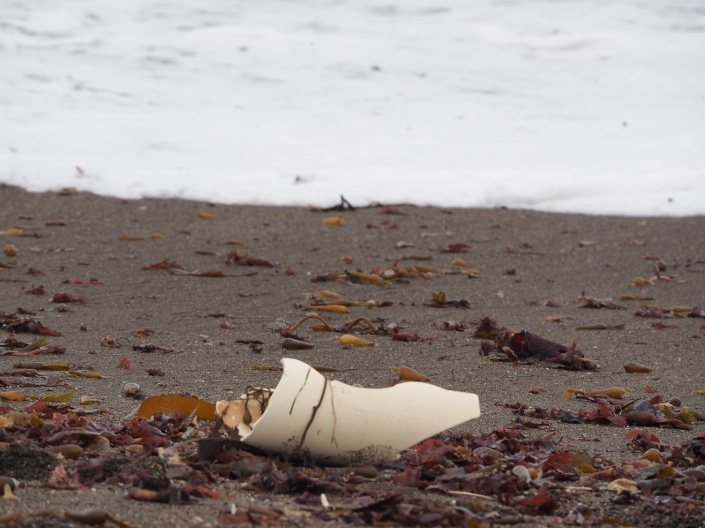 It’s hard to believe that you and I created this mess. And unlike the natural tragedies this sea has endured from its beginnings — it seems like our concern with self may leave consequences larger than asteroids and volcanic eruptions.

How did our search for happiness grow salty with convenience over connectedness?

The seal that keeps popping its head over the waves. C. Coimbra photo

Yet I worry that what I don’t see of the busted PVC plumbing and the plastic water bottle with bite marks, have left behind for the plankton, the fish, the seal, the dolphins and the pelicans to consume.

The air here is heavy and filled with brine. Negative ions splash into the atmosphere. That’s energizing.

The ocean continues giving while I sit on this log that remains damp from last night’s tides.

Tagged as: On the Beach, Thoughts