Desensitized To The Homeless In Front of Me

There was time to waste while waiting for my train connection last Saturday.  The sun shot rays of warmth thru the cool November air that gently wiggled the Glendale city flag above the old rail station.  Hurried commuters voided the busy weekday space and I, along with five others, sought time-killing amusements while our Amtrak connection worked its way north.

A man, in decent clothes (from what I could judge from my distance), sat two benches down.  He seemed engaged in a conversation through, what I assumed, to be his headset.

I rummaged through my carry-on and pulled the Colm Toibin novel that I can’t put down.  Half way into chapter 9 I heard my bench neighbor scream, “That’s not the way it happened.”  And then I wondered why others think that I really want to hear them verbally scuffle with someone in a cell phone conversation.

“Help! Find the dog.  Get my soup,” he ranted.  Discretely I turned my head to see what was going on with him.  There was no headset clipped or cell phone plastered against his ear.  He was having a full on conversation with himself.  I returned to the Toibin novel.

Then it struck me, I’ve joined the Desensitized Club.  During my Los Angeles visit I avoided all eye contact with the droves of homeless and mentally challenged people fighting to survive in alley ways, under bridges, in groves of rail-side trees, and abandoned buildings.  I witnessed a couple hang laundry on a chain link fence next to the bridge that housed their plastic bags of worldly goods; a woman with a baby in one arm and a plastic sack in the other rummaged through a trash can for recyclables to sell; bearded men, bent with heavy and threadbare backpacks, hobbled along the Los Angeles River; and disheveled women pushed grocery carts,some with a dog, and a myriad of clutter—again—stuffed in to black plastic leaf bags.

I avoided eye contact because of my own inability to face this ugly American truth—our increasing homeless population—maybe more than 3.5 million with about 1.6 million between the ages of 13 and 17.

The chatty man two benches away clearly showed mental health issues—one of the many reasons for homelessness.  How can that be in America?

The newest members of this homeless population are our women veterans—about five-percent of homeless veterans.   How can this be in America?

Here’s how it happens, according to a United States Department of Labor Homeless Women Veterans Listing Session.

Factors that lead to homelessness for women veterans

A diverse set of complex issues and behaviors was identified as contributing to homelessness among the women veterans:

And even more disturbing is a new (or finally admitted) attitude that  I repeatedly hear and read from those of us lucky to have shelter and well-being–homeless people are losers who don’t deserve help.  Recent headlines that read “Goons Occupy Wall Street,” continue the slandering of the less fortunate. (The headline references a homeless man, probably suffering from mental illness, who went into a public rage.)

Last week a woman called my husband and asked if he would buy her hot tub. She explained in halted language, “I lost my research job a year ago. The company moved my department to India. Even with my masters of science degree I haven’t found work, so the bank has taken my home, and I’m selling what I can before I pack my children and see what happens next. My American dream is gone.”

This, along with Afghanistan and Iraq women veterans, is the new face of homeless citizens in America.

For me, still blessed with a home and a means to keep it, this scenario turns my 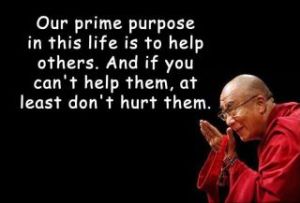 stomach.  I feel helpless to remedy this travesty.  Our lawmakers have gone berserk; we hear “class warfare” battle cries from both the uber wealthy and those whose American dream became a nightmare; and I admit desensitization from the legions of uncared for mentally ill seeking solace in the sun on empty benches in empty railway stations.