As Choice and Journalism Fade into the Black and White Sunset

Yesterday the New Orleans Times-Picayune wrote its own daily print news obituary. The 179-year-old historic newspaper will put to rest its daily print publication and print just three times a week.  Beginning this fall, you can’t begin your New Orleans morning at Café Du Monde for a beignet and a strong cup of Louisiana style coffee and leaf through the inky pages of the award-winning paper.  If you bring your iPad or laptop, yes, you can get your daily dose of news from the Times Picayune digital publication.

There’s something innately disheartening in this trend.  And it’s a complex trend mixed with economics, technology, changing habits, and even politics.

Newspaper operations aren’t cheap.  When competition for advertising dollars creates slivers instead of quarter and half-pieces of a business’s advertising pie, and when subscriptions dry up, something’s got to give.  Newspapers are a business.   And they are more than just a simple business.  They are a community resource.  Not every American has access to online news—news about births, deaths, events, high school sports teams, generous hospital donors, free pet vaccination days, neighbors who joined the military, neighborhood crime reports, details about your local school board decisions, community service opportunities, church pancake breakfasts, news from the local pet shelter, profiles of people who make a difference in your community, and even controversial reports about local corruption and exposes.

What happens when the chemical manufacturer upstream from your community river park clandestinely releases deadly toxins into that river and there’s no curious journalist around to investigate the problem?  Sure, we now have citizen journalists, but comparing a citizen journalist to a trained journalist is like racing a Rambler against a finely tuned Porsche.

True journalism is essential to democracy.  If you disagree, look at authoritarian societies and see how they handle objective journalism.

Freedom of the press, and in this case, I literally mean the press, is the balancing act between capitalism and social responsibility.  The dichotomy here is that a newspaper is a capitalist endeavor, but one hopes played within the rules of objectivity.  In other words, even if the publisher’s well connected brother-in-law and your state representative, was indicted for rape, and the publication of this news is both a family embarrassment and a financial and personal red herring, it is the public’s right to know that a rapist is loose in the community.  Is it not?  What if your daughter was dating the guy?

By the time I’m ashes in the sea, my grandchildren will not have smelled a fresh-off-the-press newspaper when they are old enough to order their own subscriptions.

Their news will come from broadcast and internet media.  Bloggers, like me, will still craft words to tell a story, but the bulk of us do not (or will not) have training in objectivity.  And a blog doesn’t have to be objective.  This one isn’t.

Another heartbreaker is the slap-happy dance by alleged patriots celebrating the collapse of some mythical “lamestream” media.  I lifted this quote from a commentary in the digital edition of a  newspaper, “I vow as of this moment, to get all my news from Fox, Limbaugh, and the rest of those great Americans who uphold a high moral standard of journalistic excellence; who don’t let their personal political views get in the way of the story, and who report the facts as they see ’em, thus separating them from the liberal elitist, latte-swilling left — no matter how sweet-smelling conservatives happen to come out.”

Clearly, the writer is ignorant of reporting versus commentary and opinion.   I understand how this happens. On a recent road trip we flipped through the radio for a news station.  Rolling over 1200 miles of paved interstate our choices were conservative or religious radio, with a few Hispanic radio interests in between.  Most of Arizona’s AM radio provided us with the same conservative broadcasts on four different channels—and the only channels that came in clearly. There were no options.  There were no other sources of news.  Our hotel television offered the same non-choices .  The newsstands displayed in front of Denny’s Restaurant offered us nothing but shabby tabloids and advertising rags.  Not one newspaper—even from the nearest metropolitan area.

As traditional news sources fade into the black and white sunset, we the people should listen closely and read with a skeptical eye because choice is dying alongside the Times-Picayune. 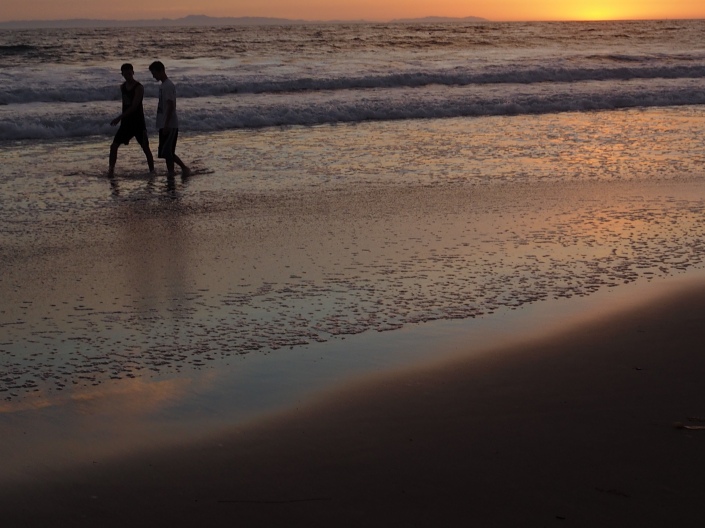