Not So Suddenly Seeking Silence 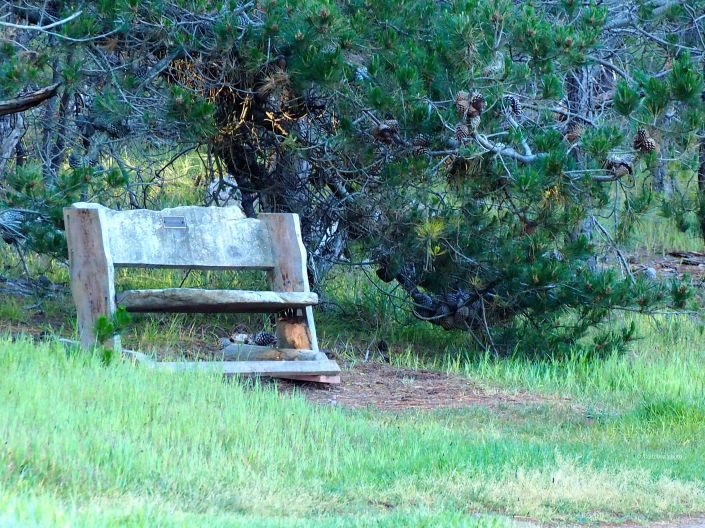 “On 9/11, despite being out of mobile phone reception, a huge number of hikers abandoned their walks. They hadn’t heard about the terrorist attacks; they were just spooked by the lack of aeroplane noise and sensed something was wrong,” writes George Michelson Foy for The Guardian.

Of course we knew of the attacks and the shutdown of flight.  It was the only thing I liked about those first few days—the silence and the blue skies without vapor trails.  We lived in a rural area that tended to quiet, except for nature’s sounds.

When I think about it, I have lived most of my life in quiet rural areas. The first time I went to a 4th of July fireworks show at age 5, the booming explosions reduced me to a withering crybaby.  The sounds I knew were either desert winds blowing thru the cypress wind break that lined our property or wailing barnyard creatures.

I sold one house that I absolutely adored because the traffic noise from a nearby highway elevated my tension level at night.   I’m not sanctimonious about noise.  I love rock ‘n roll, jazz, and Italian operas loud.  And I talk a lot.  A recent personal discovery (during this catastrophic molt phase) is that after a social, event-laden, fun few days, I crave silence more than chocolate.  It’s not the anechoic chamber kind of silence I seek, but a complete lack of mechanical and human-caused clatter.  Think wind through trees, rushing water, birds and even howling coyotes.

Communication is my trade.  In the early days a typewriter’s racket and now the computer’s hum reveal my message. They don’t disrupt me.  Most of my inspiration, however, comes in early morning meditation before cars whisk up and down my street, or just before I fall asleep.

“Silence is an integral element of communication; in its absence, words rich in content cannot exist. In silence, we are better able to listen to and understand ourselves; ideas come to birth and acquire depth; we understand with greater clarity what it is we want to say and what we expect from others; and we choose how to express ourselves,” explained His Holiness Pope Benedict XVI in a recent message for the 46th World Communications Day.

This is all fine and dandy for someone lucky enough to live in a more silent world than those living in urban areas.  And just try to find one square inch of silence in a 7 billion person populated planet. 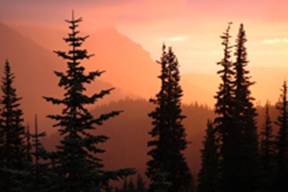 Sunrise at One Square Inch of Silence

In Olympic National Park one can locate One Square Inch—A Sanctuary for Silence, the quietest place in the United States.  And one of the instigators of this project is a sound engineer, Gordon Hempton, who with John Grossman wrote, One Square Inch of Silence: One Man’s Quest to Preserve Quiet.  Before the Pope’s recent message, Hempton explained in 2010, “Noise detaches us — not only from our surroundings but also from each other. Research shows that in noisy areas people are much less likely to help each other.”[i]

Silence is a gift that I once searched for in the bathroom.  Both of my daughters, healthy and rambunctious, did not revel in silence. My plot included feeding the girls, handing them the remote to the TV, then slip upstairs into my own bathroom.  I locked the door, grabbed a book and savored the imperfect quiet.  MooommM! The most loved and the most fearsome name hollered in a home’s hallowed halls.  Imperfect silence flushed away.

Now I watch my daughter seek the same solace from her two children—to no avail.

But if there is quiet, someplace, anyplace, then a salve to the world’s noise quietly awaits for application.

Lately, the hyperbole sounds of opinion and politics, assaults golden silence, alchemizing the gold into slime and fecal waste. I venture that beyond local weather reports on television that my home will revel in glorious tranquility — only interrupted by the refrigerator’s drone, my cat leaping across kitchen counters and furniture, and book pages turned.

“My desire for silence changed my life. I found that making space for moments of quiet in my day is the key to happiness – they give you a chance to think about what you want in life. How can you really focus on what’s important if you’re distracted by constant background noise?” Michelson Foy explained in The Guardian report.  I concur.