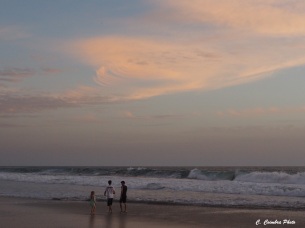 I love slow walks on the beach.

Aside from sounding like a quote from a dating website, a recent slow walk along the beach of Crystal Cove, a California State Park, broke my heart.

It wasn’t the now-dilapidated  beach house of my childhood summers.

The endless specks of plastic waste that colored mound upon mound of kelp, stunned me from my dreamy stroll into a photographic reality check.

Back in the late Fifties and early Sixties, I spent a few weeks each summer at a Crystal Cove beach house.  Such  glory days.  We drank water from brightly colored aluminum cups.  I peeled a cardboard-like lid from the glass milk bottle for my morning cereal.  Flip-flops were rubber.  Beach toys were metal.

A Speck Of Purple Handle

Plastics, however, were on their way making it easier for Americans to simply throw it away. And do we ever throw it away!

“According to the U.S. Environmental Protection Agency (EPA), in 2008 plastics amounted to about 12 percent of the country’s municipal solid waste stream — up from less than 1 percent 50 years ago,” writes the website for the Discovery Channel ‘s  Curiosity.com

The EPA also notes, “ Each year Americans throw away 25,000,000,000 Styrofoam cups. Even 500 years from now, the foam coffee cup you used this morning will be sitting in a landfill.”

What seemed like a landfill of plastic in kelp, catapulted me into photographic obsession (about 200 frames shot).  I lost track of time while I stooped and bent my body to find the right way to capture this polyester moment.  Eventually several curious people asked  “ What  are you photographing?”

“What do you see in this kelp?” I asked.

They, too, stooped and bent to look closer.

“Well, I do see some plastic,” one man from Pennsylvania correctly replied.

“Now look over here,” I said pointing to another nearby clump of kelp.

“Oh! My!” he exclaimed.  “There’s plastic everywhere.  Where does it come from?”

Tucked in from the Storm

He opened the door to my passion: Plastics in our oceans.

“It’s hard to say,” I began. “It could be from an old waste dump at sea, or washed into the ocean from a storm, or from an oil derrick, or from a cruise ship, or from anywhere on the planet, and wound up on a current, got caught up in a nearby kelp forest, and then washed on shore during a storm or high tide.”

“You mean all this trash isn’t from kids during spring break?” he asked.

“Not likely.  I watched a ranger go thru early this morning and pick up trash on the beach.  And these pieces are so small, I suspect they’ve been in the water for a bit, have broken down into these fragments, and here we are looking at them,” I pontificated.

He poked into another kelp grouping.  I had his attention and curiosity. 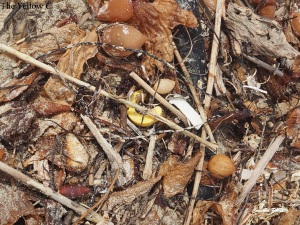 “So, these plastic pieces represent just a teeny fraction of what’s out in our seas right now.  It doesn’t biodegrade like stuff from our childhood.  Instead it continues to break down into what’s now called a plastisphere,” I continued.

“It’s kind of a new word that got press last summer when  researchers at the Marine Biological Lab in Woods Hole  first described an ecological community of microbes floating on plastic debris in the ocean.”

I looked to see if he was listening because most folks, at this point, get that deer-in-the-headlight look and begin to find an escape route from me.   He didn’t budge, so I went on.  “This plastisphere, plastic waste and pollution, is everywhere and the exact impact on ocean ecology is under question. But compound that with all the other ocean issues, and it takes my breath away.”

I sensed I said enough.

We parted friends and I returned to our rented cottage.

No brightly colored aluminum cup graced the kitchen cabinets.  Instead, a tidy box filled with throw-a-way plastic cups, utensils, and paper plates greeted me.  Nary a recycling bin was nearby. We tossed  our trash into a plastic bag that landed  into a plastic waste bin.  Perhaps someone rustles thru the trash and sorts the recyclables later on? Not likely, judging by the volume of people-packed rentals and the expense of later trash separation.

Unprepared for this plastic-only serving ware, I consumed and threw it away.  I wanted to find a confessor and do penance for this sin against our environment.  In just three days  my goal to  lower my carbon footprint in  2014 took a nose-dive. 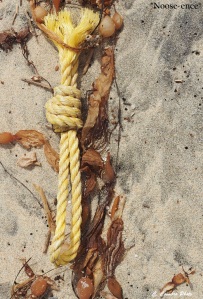 But the lesson learned is that there are circumstances outside of my control, regardless of my metal water bottle and my love of a slow walk along the beach.

This Cap Has Left the Nest

A Study in Black & Teal

Karma on a Teal Chip 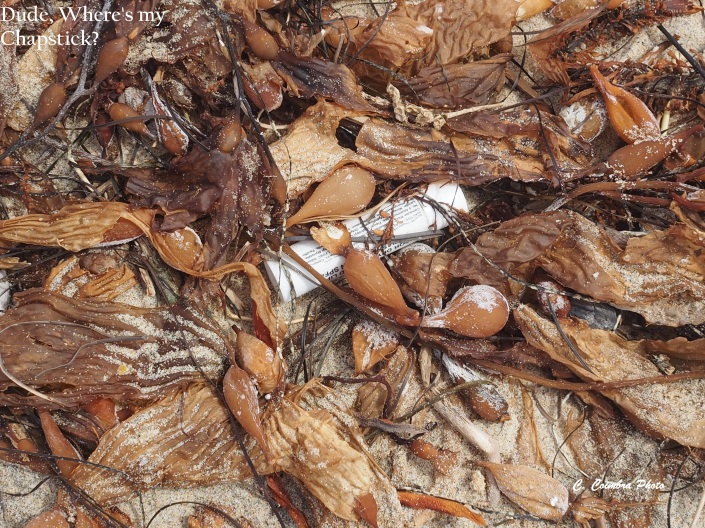