When Breast Cancer Gets in Life’s Way 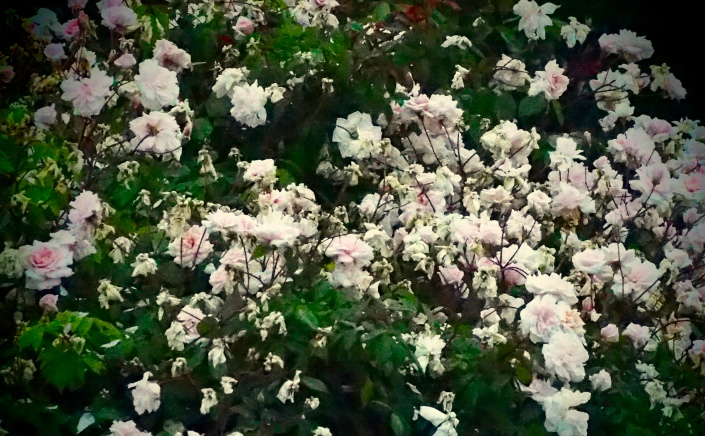 I’m in a program to improve my health and well-being. This includes a weekly coaching session. During my early morning session today, and before I opened my emails, I explained to the coach that I didn’t fulfill some of my self-improvement plans because life got in the way.

I’m blessed that I’m able to have life get in the way — or so the first email that I opened after my coaching session reminded me. It also changed the tone of a Mother’s Day themed blog that I originally planned to write today.

From an extended family member, I learned about Kimberly, the mother of a 15-year-old daughter.  On this Mother’s Day, Kimberly and her daughter will likely make the most of every minute because Kimberly is in Stage 4 breast cancer.

Another woman (a good friend of my daughter), a 36-year-old mother of three young girls, will celebrate this Mother’s Day with her family after just completing eight rounds of chemo and a double mastectomy in her battle against breast cancer.

And I was going to write about being a motherless daughter on Mother’s Day!

Yes, I am a breast cancer survivor, so it’s easy to pull my emotional strings on all issues having to do with breast cancer.  It also makes it clear how absolutely ridiculous it is to bury oneself into truly temporary issues after reading the following email that changed my day.  This excerpt is from Sandra Gunn, who founded the nonprofit LesliesWeek.org — a group that seeks excellent vacations for mothers with Stage 4 breast cancer.

I just had a phone conversation with Kimberly, Stage 4 MBC. Her metastatic breast cancer ate 4 vertebrae in her spine. It began to collapse. Please read a paragraph from her husband’s journal on Caring Bridge:

“So after spending around 26 hours in the ER, we sent her in the ambulance from Walnut Creek down to San Jose on Monday night, around 9pm. I went home to get a few hours’ sleep and gather up some clothes and toiletries, and left for San Jose around 5am the next morning. We met the spinal surgeon briefly around 7 when he arrived for work, and then he came in a few more times throughout the day to discuss her situation, show us Kimberly’s x-rays, and explain our options. These were pretty simple; surgery or hospice. In his opinion, the collapse of her spine was not a matter of “if”, but one of “when”. His team could give her a chance, by fusing her entire cervical spine; inserting a plate in her skull and fastening it via steel rods to an anchor between her shoulders. She’d never move her head again, but her spine would be stable, for a while at least. Without the surgery, her spine would continue to collapse, resulting in a “catastrophic neurological event”, and would leave her vegetative, paralyzed from the neck down, or – if she was lucky- simply dead.”

The call was to confirm if she could drive to Santa Fe, NM, since I did not know the distance. She began to tell me about her condition. She said, “I threw this out into the universe and prayed I would be selected for this vacation away from cancer. I am so surprised you picked me.” We talked for a while and she described her condition, which is catastrophic. She is always in pain. We concluded she would go to Ani’s Santa Fe NM home she had donated from a friend for LW. LW would fly her, her daughter and her husband there with … and anyone else who wants to help. I told her we would get her a car at the airport because I did not want to have her standing around or taking public transportation in her condition. She can only walk a short distance and said they would take her wheel chair along.

Suddenly, she broke down, me too, and told me her fears. I told her she is a WARRIOR; to have no fears because LESLIE’S WEEK was going to give her a vacation away from cancer where she could make Memories with her family that would Outlast Cancer. We cried together and we could barely say goodbye. If this house, https://www.vrbo.com/228372, is not available we need to come up with a plan. She can only fly a short time so it would have to be nearby on the west coast.

What transpired next took my breath away.

Kimberly lives about 4 hours from where I reside. I put out a call via several social media formats to see if anyone had a connection to someone who could donate a beach house for Kimberly’s vacation.  One of my friends said, what about Mali?  Mali is a mutual friend who has a vacation home here.  So I messaged her.

Next, I cold-called Sandra Gunn to get the absolute details because I had a list of other potential donors that I would contact. While chatting with her, Mali messaged me with a YES!  It was one of those golden moments.  And another person said she would happily donate some housekeeping.

These are moments that make me celebrate that life gets in the way.