“Instead, I’ve sought art through my camera, let the negative ions of a raucous sea bathe me in the ozone that burst forth in the air…”

Spouse chilled a bottle of champagne on election night. I arranged finger foods on a platter. We tuned into the news and waited for the election results. Yes we rooted for Hillary because her opponent represents nearly everything the two of us distain. When a candidate is cheered on by demonstratively proud racists, when he unapologetically bullies those who are weak or challenged in someway beyond their personal control, when showing a history of seeing women as sex objects to be conquered and those who are not naturally attractive to be mocked, when courting divisive conspiracists, when buttering the toast of racism, and when braggart lying is a part of one’s inner personality, I cannot support that person to serve as President of the United States of America, no matter how much that person promises to make America great again (because when did it cease being great?).

This does not mean that I lack compassion for those who have been left behind by a changing world. But be assured, that my inner conservative asks why not accept the change, go back to school and learn how to work in a world that is no longer manufacturer-agriculturally based. My inner liberal says bring education and health care to those left behind so that they can rise above the losses they suffered outside of themselves.

I believe in the middle way, the middle path, the middle class. I breathe in self-reliance and exhale compassion. Radical left or right behavior does not inspire me. Like the planet, I prefer to spin with its elliptical axis that occasionally wobbles to give me the opportunity to see some things that I might have missed during my daily rotation.

Paralleling a planet in flux, American voters (and European voters, for that matter) are like the Arctic — in meltdown. Conspiracists, nationalists, and folks swaddled in a coat of angry fear, won the day. That bottle of champagne in my refrigerator remains uncorked.

This election’s results are unlike any other that I’ve witnessed. A person of questionable humanity and no obvious respect for the planet or others unlike him, took the electoral vote. Holy crap! How did that happen? 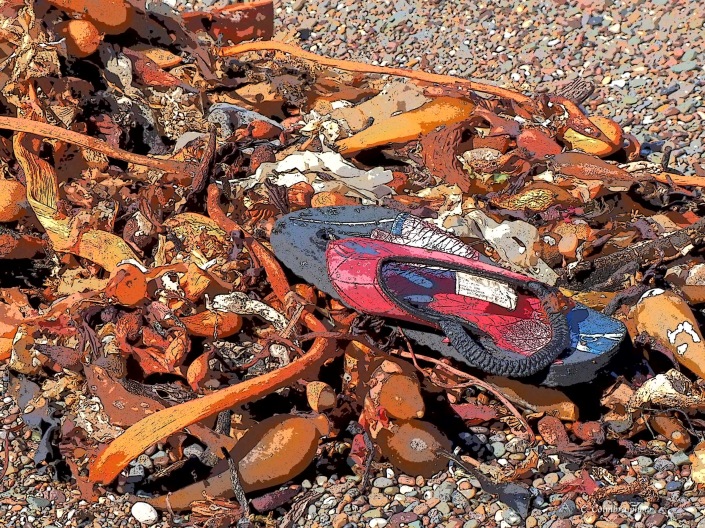 ” A person of questionable humanity and no obvious respect for the planet or others unlike him, took the electoral vote. Holy crap! How did that happen?”

Like most of those persons I know who try to live in a thoughtful, compassionate, creative way, devastation lambasted me (and crested with my doctor’s freak out about the lack of vitamin D in my blood). Great. Crumbling ideology and bones at the same time. Might as well go back to bed and watch old movies all day.

Instead, I’ve sought art through my camera, let the negative ions of a raucous sea bathe me in the ozone that burst forth in the air, commingled with friends, let sweat cleanse the angst from my body in the hot tub, read spiritual works by Zen and Christian masters, and buried myself in silence and reflection.

Yesterday, it came to me while riding in the car in the midst of the broccoli and cauliflower fields of Salinas Valley, that this experience and emotion is much like the time when I left my writing and public relations careers behind for retail. I was excited for the potential until … until … I collided head on with the angry consumer, and I was no longer respected in my rather privileged career and was now some looser, rip-off schlepp behind the cash register. It took me a while to find my way through the persons who felt it their right to slander my intentions and speak to me and my employees as if we were the pile of dog shit that they just stepped in.

I eventually found my way to say, “Thank you for showing me how not to behave.” That was a grand lesson.

Zenju Earthlyn Manuel, PhD wrote for people like me, “There could be no other answer to our meditation and prayers in dissolving hatred, than to be placed front and center with it and be exposed … now is the time we have been practicing for.” How true this is for people of all faiths and good intentions.

My sense is that when I post positive thoughts that the only eyes that read it are members of the same choir who sing the same song, albeit different versions. It feels like I can’t reach others who dwell deep in fear and distrust and those who see the world as us vs. them. In fact, I’ve been mocked and misconstrued for my inclusive vision. And this election has brought about negative and reactive behavior from both sides of the story.

“…this election has brought about negative and reactive behavior from both sides of the story.”

I don’t know what happens next. I know children who are now audibly fearful of a world war. I know people of color who fear they must hide and keep their doors locked. I know generous and successful people who work hard and honestly for their success who harbor nightmares of angry mobs storming their homes. I know senior citizens fearful of loosing the Social Security and Medicare that keeps them afloat. I know families that wrestle with what to do if the ACA is repealed. I know many who feel that our system of governance has failed and only a revolution will change its direction. This is talk and fear of the future. But at this very minute, the future does not exist.

True facts include that the majority of Americans voted against this president-elect. So it may be time when we shut down the constant prattling of pundits and political chatter. It may be time when we return to our books and our passions. It is surely time when we must learn to love and trust again and be the citizenry and nation that is already great.

I have no intention of supporting any effort to marginalize people of color, non-Christians, our LGBTQ citizens, women faced with challenging choices, the disadvantaged, and most importantly our mother, Planet Earth.

As I well know, we don’t win every contest. And when we don’t take the prize, then we study how we can be better at what we do and continue our march forward to life fulfillment. And that’s worthy of celebration and maybe that lonely bottle of uncorked champagne in my refrigerator.