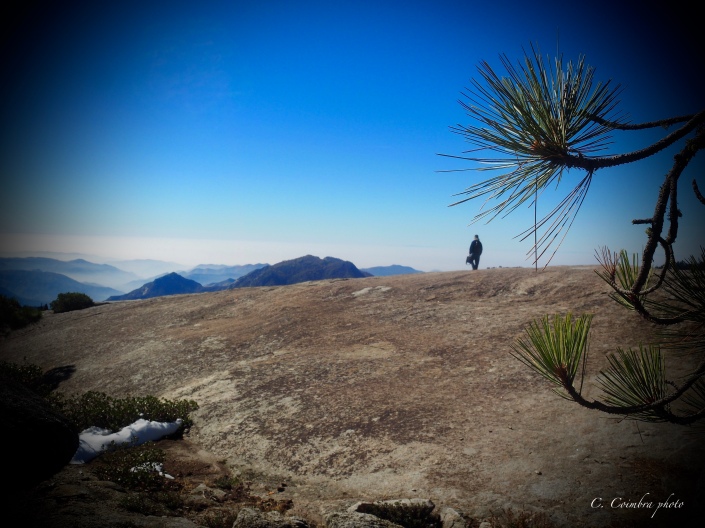 Our changing climate is complex. The cause and effects are even more complex than simply understanding how the growing release of carbon dioxide impacts the planet…

Dear Children of the World:

I’m an adult. A million of you stood against me and my fellow grown-ups yesterday in a worldwide rally for climate change activism.  “Organizers said there were more than 2,000 protests in 125 countries.”  (Source: The Guardian)

Rightfully so. I am as much a polluter as anyone.

I can’t say how that exactly happened, but I have my suspicions.

Rolling through some of the Muse Pallet’s older posts, I found one written by Jim Terr in 2009 where he wrote:

But even before President Obama nominated Sonia Sotomayor to be the next Supreme Court justice, the right-wing spin machine was complaining that he had mentioned “empathy” – the ability to bring the human dimension, a human understanding, to judicial decision-making – as a quality he was looking for. The right wing opinion makers were on a roll, declaring that such a communist, socialist, anarchist quality as “empathy” had no place in Supreme Court decisions.

The attack on empathy was in force following a near decade of American governmental insistence that black is white and white is black if they said so.  That was when the United States was still a world wide leader and a fading “shining city on the hill.”

All the scientific concerns about a changing global climate was as inconvenient as a rattlesnake in a living room — not to mention those pesky rules and regulations that disallowed bold and rampant pollution and the raping of the earth’s forests.

And, America, pay no attention to the environmental activists and reporters murdered since 2001 (when you, yesterday’s protestors, were still a gleam in your parent’s eyes). Reference the Smithsonian’s 2014 report: “London-based rights group Global Witness says more than 700 environmentalists were murdered in the decade that began in 2001.”  In 2017, 207 eco-defenders were murdered, according to The Revelator.  2018 was another bloody year for journalists in general, but gave a slight reprieve in murders of eco-activists and environmental journalists.

Our changing climate is complex. The cause and effects are even more complex than simply understanding how the growing release of carbon dioxide impacts the planet, as explained by NASA:

Carbon dioxide (CO2). A minor but very important component of the atmosphere, carbon dioxide is released through natural processes such as respiration and volcano eruptions and through human activities such as deforestation, land use changes, and burning fossil fuels. Humans have increased atmospheric CO2 concentration by more than a third since the Industrial Revolution began. This is the most important long-lived “forcing” of climate change.

As climates grow more harsh in semi-arid and arid parts of the world, people migrate. We’ve been migrating because of climate since ever. The difference is the current 7,714,576,923 population vs. between one and ten million people during the Ice Age migrations.

Now, migrating populations with different religions and cultural lifestyles are mixing it up — and not in a most favorable manner to other established faiths and cultures. Alarmed at the differences and taught that kindness, inclusion, compassion, etc. are signs of weakness, there are those who take to violence against those of whom are simply different.

So, my dear students, you have a big job ahead of you. Protests grab headlines for a day or so, but they can quickly lose steam in this world of fast-moving social media. “That was so 24 hours ago!”

Your passion, outrage, and concern for your future is spot on. Unfortunately, you are not in control of these issues now. There are corporate powers that seek profits before humanity — and it is unlikely that you or I can reason with leaders absorbed in the power of money.

Good Lord, I’ve been trying to awaken the sleeping citizens who simply think that environmentalism is some socialist, communist, left wing agenda. No amount of truth or reality will awaken them until the consequences of a changing climate literally clamors at their doorstep; literally kills someone they love; or literally slams them into the ground.  After all, this climate change business has foretold some scary as shit possibilities, and there are those humans who would rather have faith in Santa Claus than science or fact.

For ten years I have produced a blog called Neptune 911 that chronicles scientific data and evidence of the degradation of our seas by acidification (climate change’s evil cousin), warming waters (thanks to climate change) hypoxia, rising seas, and plastic pollution. It follows logic that if oceans are 70 percent of this planet, then these crises at sea are a big deal. But how many of the over 7-billion humans on this planet understands that every other breath we take comes from the ocean?

And bless the continued rain forest activists — the ones most likely to be murdered. When we allow the other half of our planetary lungs that give us air to breathe, to be mowed down for grazing, and other agricultural and developmental enterprises, maybe we get what we deserve.

So dear students who carried signs and marched yesterday in a call to halt climate change, I can’t apologize for the adults who mocked you; and I can’t seem to make a meaningful communication that expresses the very concern that is your future. My advice to you and anyone who genuinely cares about our well-being, is to stay mindful, and keep your energies balanced, because change (one way or the other) will happen because history tells us so.

P.S. From my local weather forecaster:  Here’s a running list of all the ways climate has altered the Earth in 2019.