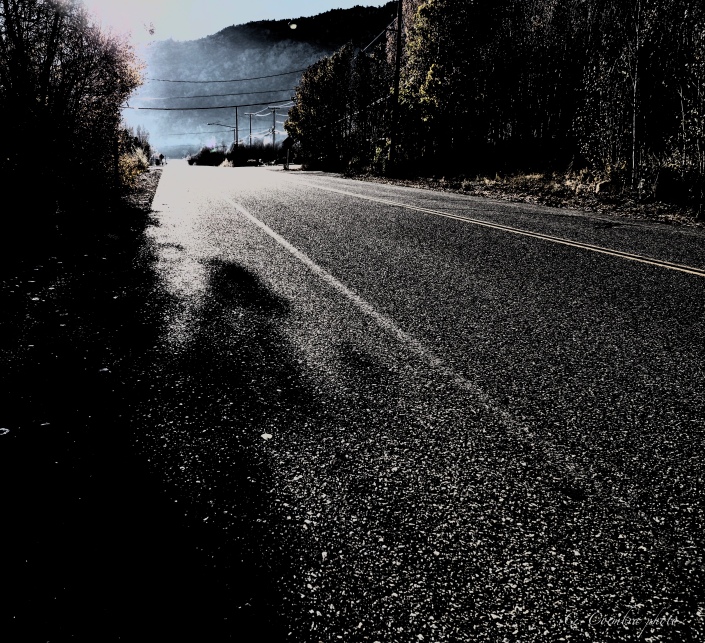 “The art of living… is neither careless drifting on the one hand nor fearful clinging to the past on the other. It consists in being sensitive to each moment, in regarding it as utterly new and unique, in having the mind open and wholly receptive.” Alan Watts

Living with an incurable cancer likens to a road trip over country roads, dirt alleys, and freeways at gridlock or full speed ahead. There’s a certain kind of freedom that says, “I’ve got nuthin’ to lose, so let’s do it, “ until your body says, “No, not in the mood today. Let’s rest.”

Not a thing in the world has changed — well, except the weather seems to be showing more of who’s boss these days. (Ma Earth in a slap-you-back kind of state.) The same political loudmouths squawk like crows fighting over fast food scraps tossed out on the highway by mindless folks more concerned with a clean car than trash on the road. Folks with peace on their mind keep pounding their heads against the pavement. And the neighborhood doves coo-coo each morning outside my window.

Vanity left the room months ago when my hair began its exit. Now my head looks like I just left a military barber on a terror.  I’m tired of the scarves. I don’t bother with a wig because I saw so many bad wigs while in chemo. Like many women, my hair was my glory. Most folks don’t stare at my extreme style, but when they do, I can read the questions in their eyes. For instance, a group of elderly men gave me the most peculiar faces while I chatted with a friend of mine. It was as if they wondered if I was one of those radical feminist, or maybe one of them women lovin’ women, or did I just have a terrible accident. It was weird.

Now if something like that happened before I had a hint of my future, I would’ve probably have turned toward them and made some snarky, smart ass comment. Now, it’s not worth my time or effort. Let it be. Some folks are just what they are, as am I. Namaste.

“Zen does not confuse spirituality with thinking about God while one is peeling potatoes. Zen spirituality is just to peel the potatoes.”  Allan Watts

You see, I’m coming closer to grasping that Zen concept of the temporary. It’s liberating both my mind and heart. Nearly 50 years later, I’m actually understanding the words of the late philosopher, Alan Watts. This is a good thing. And it is not such a good thing.

Why? Because once the concept begins to make sense, it illuminates the fools around us who continue driving fast on pot-holed roads to nowhere thinking that there is no time to waste in meeting some harebrained agenda that benefits no one in the long run.

I’d rather not have the light shine on fools and the foolhardy, but they keep making so much of a ruckus that it’s like a clap-on, clap-off lightbulb.

“The only way to make sense out of change is to plunge into it, move with it, and join the dance.”  –Allan Watts

This life turn-around is significant. With my family and friends we want to help make a difference in the treatment of this cancer. You see, as I’ve written before, there’s not much knowledge about how to successfully treat uterine carcinosarcoma because so few women are ever diagnosed with it.

Women made a bunch of noise about breast cancer research when breast cancer was pretty much a death sentence. So it’s my hope that while the number of women annually diagnosed with a gynecologic carcinosarcoma are small, we are every bit as worthy of research that can make a difference in our lives.

And so my journey continues.  Be assured that I’ll do my best to avoid dirt alleyways, gridlocked freeways and pot-hole ravished asphalt byways.

“Tomorrow and plans for tomorrow can have no significance at all unless you are in full contact with the reality of the present, since it is in the present and only in the present that you live. There is no other reality than present reality, so that, even if one were to live for endless ages, to live for the future would be to miss the point everlastingly.” Allan Watts