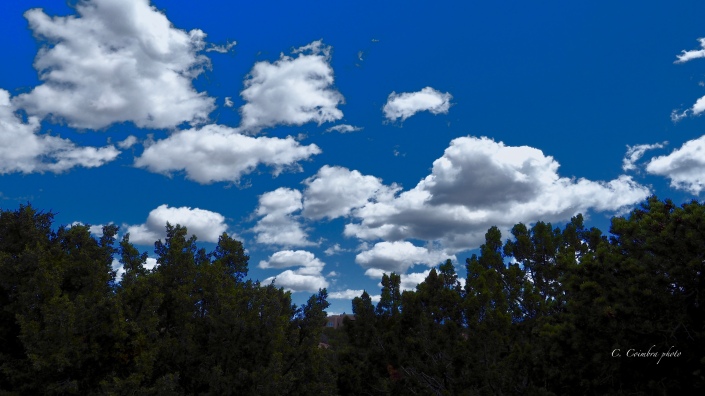 —As seen on Thrive Global

It’s as if the skies have opened up to show us blue again in response to the worldwide economic slow down due to lockdowns from Covid-19.  Heavily polluted cities in China, India, Europe and the U.S. have seen a transformation from brown-gray air to blue skies,  all while America’s leadership grovels to reverse  or scale back at least 80 environmental protections in 2019 alone, according to a CNBC report.

The report states that the White House administration “…has taken historically unprecedented action to roll back a slew of environmental regulations that protect air, water, land and public health from climate change and fossil fuel pollution.”

Whether it’s relieving the oil and gas industry from dangerous levels of methane leaks; not keeping drinking water safe; lowering emission standards in automobiles; weakening the Endangered Species Act; logging, mining and drilling on public lands and sensitive habitat; it’s all in the name of the golden calf. I mean, economic assessment to the value of corporate gains and development.

This is not just America’s issue, it’s global.  So how is it that a wily novel coronavirus plays havoc with modern standards of living, further pushes impoverished people into a hell hole of hunger, sickness and premature death, all while showing us what it is like to see mountains without a cloud of particulate pollutants?

Satellite observations have shown a marked drop in nitrogen dioxide (NO2) concentrations over China and northern Italy since the outbreak of the coronavirus crisis in January (see ‘Pollution drop-off’). The two countries were the first to introduce broad lockdowns as their coronavirus infections soared. NO2, an airborne pollutant created mainly by vehicles and power plants that burn fossil fuels, can cause respiratory diseases in humans. There are signs that atmospheric concentrations of other harmful pollutants, including particulate matter, toxic sulphur dioxide and carcinogenic formaldehyde emitted by industrial sources, have dropped too. But data are still preliminary, and some of the improvement could be down to natural weather variations.

And it’s not just pollutant reduction. Marine life is on holiday. “Just pulling those cruise ships out of the water is going to reduce the amount of global ocean noise almost instantaneously. We’re experiencing an unprecedented pause in ocean noise that probably hasn’t been experienced in decades,”  said Michelle Fournet, a marine ecologist at Cornell who studies acoustic environments in an interview with The Atlantic magazine.

I see smiling, singing whales. I can only imagine how it must sound under water without the noise of industry-heavy cargo and cruise ships.

Land animals seem to enjoy our staying indoors. With our eyes now glued to the television, Hong Kong’s mating-resistant pandas “…Ying Ying and Le Le, the pair, located at a Hong Kong zoo in Ocean Park, have finally consummated their relationship — possibly thanks to a lack of ogling voyeurs,” writes the New York Post.  Ying and Le, I don’t blame you. Privacy should not be underestimated when it comes to love making.

And even more importantly, “If there can be a bright side to the coronavirus pandemic, which started in a “wet market” in Wuhan that sold live animals in deplorable conditions, it has finally spurred China and Vietnam to ban consumption of wild animals.”  (New York Post 3/28/20)

So here we are where a microscopic virus with a bad attitude has wreaked havoc on humans, but seems to be liberating the planet from our destructive ways.

There’s a message in this moment of history.  The word interconnected is within the message.  Right this moment, except for those persons giving their all to help the sick and keep supply lines in motion, we each have an opportunity to sit beneath our much bluer skies and listen to the silence — that’s where the message dwells.

Our planetary conditions now reminds me of a bad relationship that I allowed myself to fall into, and wed no less. The toxicity of that relationship was like a pool of hot bubbling acid. The domestic environment damaged my beloveds too. So what do I do? Keep the status quo — perhaps a safer option because the unknowns of change can be frightening? Or do I say, “no more!” and reverse the paradigm from toxicity and destruction toward a life that could bring happiness and well-being?  I picked option number two. Healing wasn’t easy and took much longer than I could have ever imagined. But the healing happened and my small little space on the planet opened to show the most blue skies that I had ever seen before.