PR and the Plastic Bag

When a USA Today report  announced that lead was found in reusable shopping bags, I, the self-appointed household princess of reusable shopping bags freaked out.  “Now what?” I wailed as I sipped my morning coffee and fought off my overly affectionate cat that likes to walk all over the paper while I try to read the news.

I read the frightening report, “The non-woven-polypropylene bags, sold by chains including Safeway, Walgreen‘s and Bloom, all had lead content above 100 parts per million — the highest level that many states allow in consumer packaging. “ I gasped so loud that the cat smirked and departed as he whiffed my morning-coffee breath. 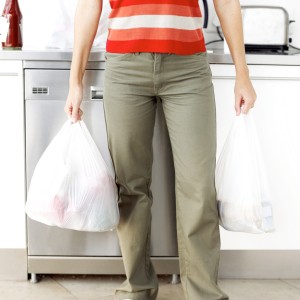 I continued reading, “The tests were conducted by Frontier Global Sciences for the Center for Consumer Freedom (CCF).”

A boisterous memory bell rang. Center for Consumer Freedom.   I’ve heard that name before. Yes, this is a public relations company originally formed by the tobacco industry to convince the public that the “right to smoke” was under attack by extremist health nuts and the government.

At the helm is Rick Berman, a savvy and smart pro-business attorney/executive.  Berman employed his CCF to work counter to the Mother’s Against Drunk Driving campaign with a group called Beverage Retailers Against Drunk Driving, your basic pro-social drinking group.  Quoting Berman, “The crusade to establish 0.08 BAC as the uniform ‘drunk’ arrest level would have you in jail for behavior statistically safer than using a car phone.”

Pass me another glass of wine, please.

“[There is a] lack of evidence that second-hand smoke causes cancer.”

“The ‘dolphin safe’ fishing methods espoused by the Earth Island Institute … actually exact a heavy toll on our marine environment.”

“It’s only a matter of time before America’s favorite foods wind up on the same skewer as cigarettes.”

He opposed the Americans with Disability Act, and even attacked the Humane Society.  CCF is the group that labeled America’s obesity issues as “hype.” Google the guy and see who pays his bills.  In the case of lead-ridden reusable grocery bags scare, the American Chemistry Council, the largest plastics industry lobbying group funded the “study.”

This guy’s good.  Really good, which is why the manufacturers of one-use plastic 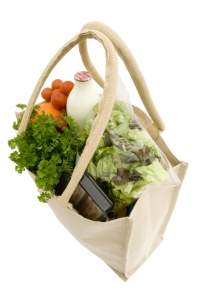 grocery bags employed CCF to find a reason why plastic bags are good for us.

Truth is some lead was found in reusable bags lined in plastic.  Key word: Plastic.

Whew, no plastic in my reusable bags.  And the other fear spear tossed out against those who claim that plastic bags are a lethal weapon against our seas and marine life—is b-a-c-t-e-r-i-a.   What? Washing a reusable bag is not recommended?

The battle will continue and radical people like me who have seen the 400 pounds of plastic in a whale’s belly, the forests of plastic bags adorning cactus, fences and trees, watched an albatross autopsy that uncovered every imaginable kind of plastic filling its insides, and who also remembers last summer’s oil disaster in the Gulf, knowing full well that much of that oil will go into manufacturing the very items that strangle our marine life and the overall health of our planet, will continue telling Goliath “Hell no!”