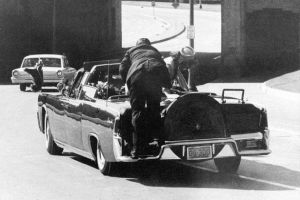 birthdays: 40, 50, and 60.  Reflection is like a mirror that won’t break and leave my presence. Some memories delight me and others can bring the flow of tears.

I see the young faces of those who died in their youth.  They remain young forever.  No gray hair.  No limps.  No lumps. Bright eyes. Smooth skin. Abundant dreams–albeit unfulfilled.

When a mirror captures me, I spin away so as not to acknowledge the gray, the limp, the lumps.  Dry and crinkled skin hangs like rope from my eyes and chin. Did this change come from seeking to fulfill my abundant dreams?

Where did nightmares play into the changed face of the person who stares back at me when I comb my gray hair before that tell-all mirror?

Fifty years ago today, a nasty cold kept me home from school.  “I left out the honey and some tea bags,” my godmother said before she left for work.  “Rest and drink plenty of water,” she advised.  “And maybe think about what you want to do for your 15th birthday.”

Fifteen! The world was mine.  What would I want to do to celebrate this landmark day in December? I flipped on the television.  I thought I heard a man’s voice say, “Our President has been struck by a viper.”  JFK was bit by a snake?  Oh, I hoped that it was not a poisonous snake.  I went on to think about maybe having a little birthday party with a few girlfriends at the house.  We would feast on my godmother’s fantastic  fried chicken, and end with mouthfuls of her masterful and most delicious chocolate ganache frosted cake.

CBS News interrupted with a special report.  “This is Walter Cronkite in the newsroom, and there has been an attempt, as perhaps you know now, on the life of President Kennedy…”

With tissue at my reddened nose, I turned up the sound on the black and white screen.  Everything changed.  Everything.

I didn’t leave the television until this young president was buried.

John F. Kennedy remains young and without the perils of age (even though we now know how he battled a plethora of health issues throughout his youth).

With JFK’s  violent death, a wicked portal opened that let molten darkness slip into America’s soul.  A war against those who stood for good ensued.  And like today’s imbalanced political circumstances, truth twisted, facts failed, and America forgot its foundation.

I’ll join in today’s collective moment of silence.  Tears will likely slip down my cheeks, and I’ll reach for a tissue like I did 50 years ago.

While those few days in 1963 felt like the dream had died, the dream continued.  My aged face and body shared those dreams and lived through the nightmares.

I am ready to begin a new chapter–no, many new chapters of new dreams to bring to life.