A saintly twelve inches of snow-covered portions of Sequoia National Park on All Saints Day, Nov. 1. How could I complain, even if I had planned an early November three-day hiking adventure among the majestic sequoia months ago? Any show of rain or snow in the drought-dry California mountains and valleys couldn’t eek out the vaguest of grumbling by the most curmudgeon of curmudgeons.

The trails I mapped out were ice-packed and completely inadvisable for any person not that long out of knee surgery. So much for meandering among the giants.

Back at the riverside rented cabin, the moistened soil — autumn-sun warmed — seduced dormant seeds awake. A resurrection of green slipped through the layer of fallen leaves and dried grasses. By morning a thunderous roar filled the canyon. The Kaweah River no longer struggled to trickle through plump gray boulders. Overnight it swelled into a cacophonous roar of melting snow and runoff rain that gave the river’s sentinel sycamores and their air-dancing red and golden leaves the ride of their ending lives.

It was the California I knew from my youth. A plentiful, generous land: 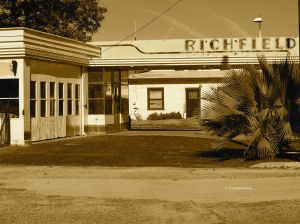 By late September we filled local ski shops for early buy bargains. Mammoth Mountain, Squaw Valley, even the southern San Gabriel mountains would soon freeze. Snow, measured in multiple yards,could smoother the Sierra-Nevada slopes overnight. By May’s end, reservoirs filled near capacity. With ski boats ready, we made camp on man-made lake shores, flipped for turns at the tow rope’s end and debated who made the biggest rooster with that fat water ski out on mid-lake.

The rivers ended at the Pacific Ocean where we gathered during August. Under a beached full moon we sat cross-legged on cheap Mexican blankets in the sand and talked about who would leave next for one of California’s many state colleges.

Life was a rich field in California. The Sixties offered sun, spirit, dreams and opportunity.

This All Saint’s Day snow sent locals into spinning cartwheels. Snow boots, gloves and sleds sold at local sporting goods stores. The drought from hell was over!

Not really. Meteorologists told reporters that it was, “the last expected rainfall in the foreseeable future.”

The nearby reservoir is woefully empty.

It’s warm today. Very warm, actually. The river’s melodious chorus delights me. But like any anticipated event, it will end. I pray it’s temporary.

Take a rest for 4 minutes and view Sequoia National Park in November.  The music, “The Clearing,” by David Crosby, strikes my mood when reviewing these photos my camera captured –somewhere between true love of the beauty that my eyes see and the melancholy of natures’s loss.