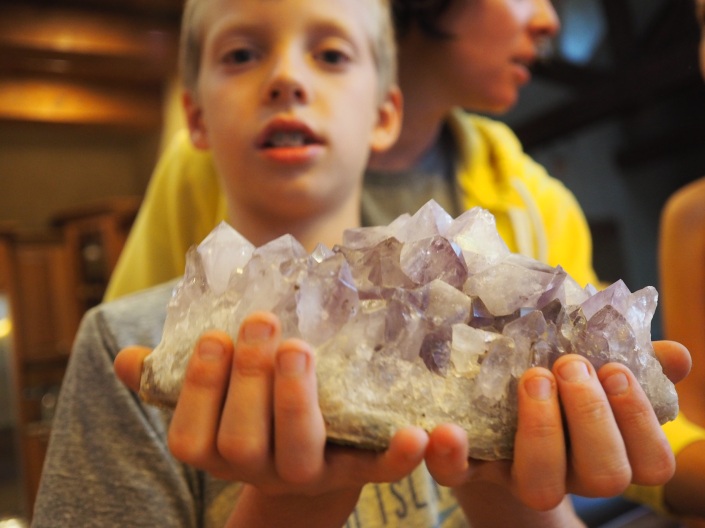 During a recent road trip, I set out to find the magic of Monument Valley and intended to capture the alchemy of the sandstone spires and buttes with my camera. I found the magic in a most unexpected way.

In 1969 I learned that because I married a student of geology, that not only would words like jasper, chert, agate, quartz, granite, and all other sorts of the igneous, sedimentary and metamorphic rocks be a part of my young wife’s experience, but they would physically remain a part of my life for the next 47 years. Last week, I let go of the weight of box after box of rocks that my first husband left behind after his 1977 death, as well as the boxes of crystals collected by my current husband, commonly referred to as Spouse.

It was a circular life moment filled with many spokes in life’s wheel. It was the magic that I wish we could each return to understanding our commonality as opposed to fighting over our differences.

Steven, my first and late husband, died long before the maturity of the two daughters he fathered in the mid 1970s. Over the years filled with many a move from house to house, state to state, I griped about hauling those weighty boxes filled with rocks and minerals that he collected both personally and many from the weaned collection of the geology department at California State University, San Jose, where he earned is bachelors of science in geology. Aching back aside, I simply could not let those boxes go. They were filled with purpose. Of what purpose, I hadn’t a clue.

Fast forward to 1988 when Spouse became Spouse, and opened a retail store in Santa Fe, one of the products he sold in his new age spa store was rocks! Well, crystals to be exact. His crystal collection was stunning and included rare specimens. He kept the best ones. But as a matter of both housekeeping and downsizing, I packed them in boxes and stacked them along with the mini-mountain of rocks that I lugged about since 1969.

As we opened the old cardboard boxes filled like a quarry of chert, agate, obsidian, tiger’s eye, amethyst and quartz, I felt like a stone inside the insidious tumble of a rock polisher. Memories deep in the recesses of my mental bedrock rose like lava. I saw a rainbow collection of slab-cut stones that my student husband sliced in the lapidary lab at the university then brought home. I recalled the endless jokes that are funny only to geology students. And I wondered if he ever imagined that someday the grandchildren that he would never meet or even imagine would come into this world, would stare in awe at those same slabs of stone.

Quinlan opened another box, not quite as heavy as the first. Newspaper wrapped the magnificent surprise of precious crystals collected by the grandfather who was at his birth and savored this crystal moment nine years later.

Magic filled the room with each discovery unwrapped. My granddaughter, who also received a pouch filled with special stones and crystals on this night, was equally intrigued. Their mother, my oldest daughter who works in an earth industry, savored the discovery as much as her children.

I had set out to find magic on the road trip towards my grandson’s Santa Fe home. Monument Valley and my camera bonded and I brought home the digital images I had imagined. By its very nature, magic is illusive and surprise-filled. The real magic was in my grandson’s eyes, and the continuum of who we are, both here and in the afterlife.